Growing Up in Ireland – Development from birth to three years.,

Growing Up in Ireland – Development from birth to three years.

Growing Up in Ireland (the national longitudinal study of children) today published a new report by James Williams, Aisling Murray, Cathal McCrory and Sinéad McNally, on how children in Ireland are faring at three years of age. The report is being launched by the Minister for Children and Youth Affairs, Ms. Frances Fitzgerald, TD at an event at the ESRI in Dublin.
Development from birth to three years investigates how three-year-olds in Ireland are doing in terms of their physical health and development; their socio-emotional /behavioural well-being and their cognitive development. The report also examines how outcomes are affected by the home environment of the children, by their childcare arrangements (where this is relevant) and by their family’s economic and financial situation.
The Growing Up in Ireland study, started in 2006, involves two cohorts of children: an infant cohort of 11,000 children recruited into the study at 9 months of age, and a child cohort of 8,500 children recruited at 9 years of age.

In July this year the Minister for Children and Youth Affairs (Ms Frances Fitzgerald T.D.) announced that the Study would be extended for a further 5 years from 2015-2019. The analyses from these additional surveys will feed into evidence-informed policy development and will position Ireland at the international forefront of child cohort studies throughout the world.

Key Findings:
Family and home environment
• 85 per cent of 3-year-olds were in two-parent families. Almos 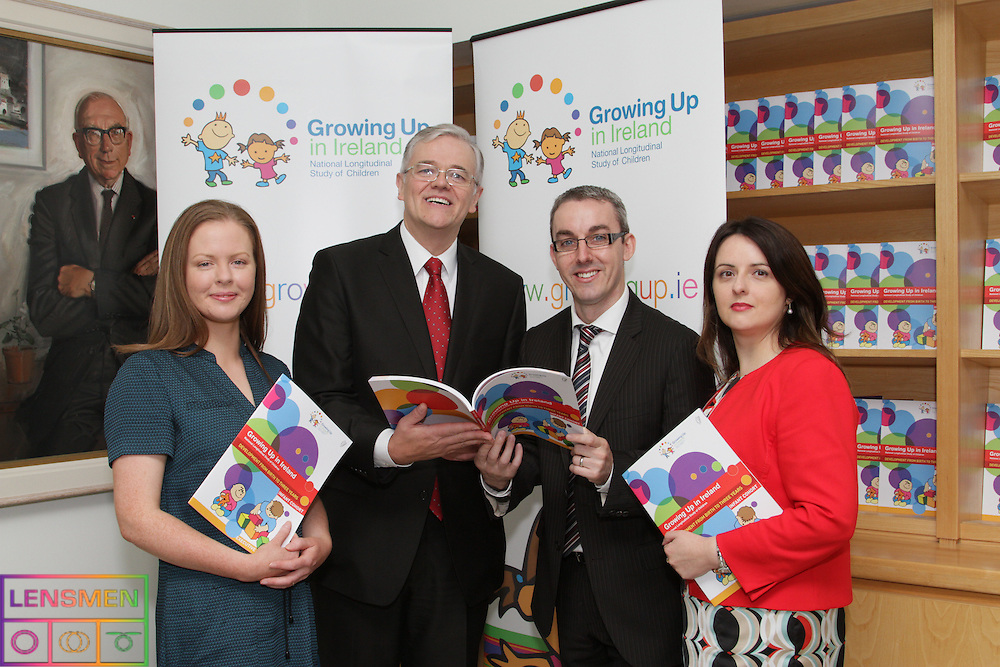